Read about why a quality food offer is important to have in your convenience store! 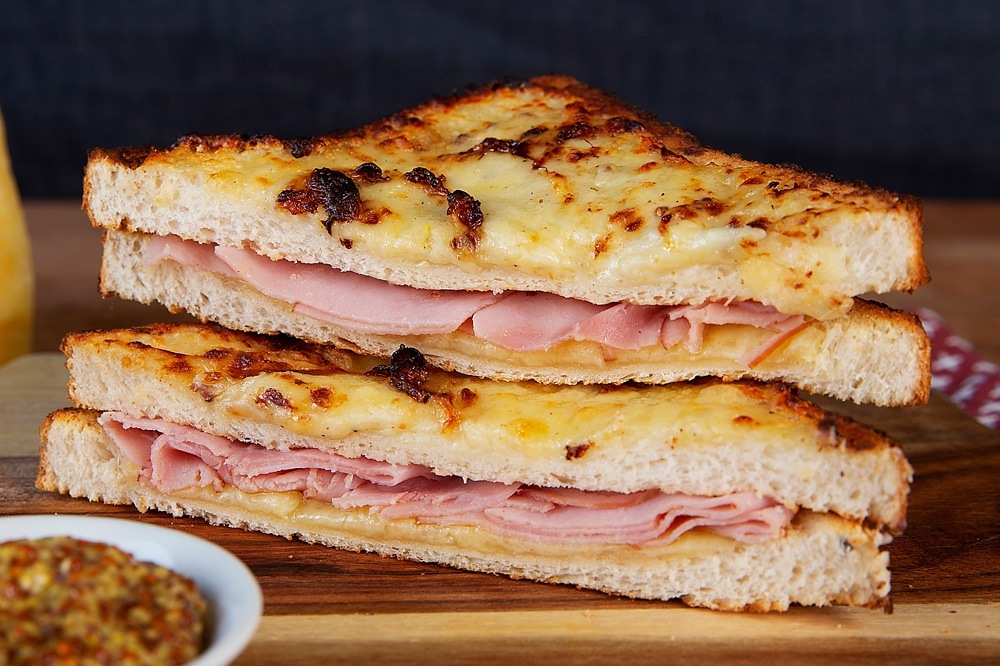 The rapid emergence of a dramatically improved fresh food and sandwich offer in convenience is increasingly seeing hungry customers embrace the channel as a ‘destination shop’ rather than a ‘desperation shop’.

In the face of challenges to traditional powerhouse categories such as tobacco, many stores looking for ways to maximise new opportunities have totally transformed their food offering, and customers have responded positively.

With consumer lifestyles changing and people showing a growing preference for fresh and healthy options, many stores have reacted by offering close to a full bakery ‘experience’. Stores taking on a café aesthetic and ambience are creating the potential to drive basket spend. The AACS says that those operators with the real estate to accommodate seating have the potential to drive basket size even further. Research by HIM Research & Consulting in the UK has shown that shoppers who take a seat spend up to 40% more than other shoppers.

By offering a quality food offer that is consistently available, retailers can help make their convenience store part of the consumer’s daily routine. Brett Barclay, a director with Convenience Measures Australia, says freshness and quality is the key sales driver, with 23% of consumers in the category buying due to healthy options, that’s more than double the channel average.

Food customers in convenience are largely a combination of blue collar workers looking for breakfast/smoko and time-poor professionals on the go. Convenience Measures Australia says males over index versus the average shopper in the category, representing 70% of purchases. It says that 43% of sales happen between 11am-2pm, with 39% happening before 11am.

The AACS says that one thing that the convenience may need to consider when selling items such as sandwiches is adopting a dynamic pricing model whereby prices vary according to demand by time of day. As well as driving sales at less popular times, this would also help to minimise wastage.

The simultaneous rise of hot coffee as a major footfall and profits driver has dovetailed well with the evolving petrol and convenience food offer. Looking forward, the AACS predicts the food focus trend is likely to continue, particularly in fuel outlets as petrol demand slows and electric vehicles, driverless cars and car-sharing potentially transform transport usage in the years ahead.

Recent research from him! international across eight countries, including Australia, established that those going to forecourts just to buy fuel had fallen by a third from 2011 to 2016. The AACS state of the industry report states that, in contrast, food service is a catalyst for multiple visits during the day and week, and operators are adjusting their strategies to realise the latent food opportunity.

For example, with its fuel volumes down, Coles Express put renewed focus on improving and expanding its food to go range. The Yum at Little Coles concept introduced in 2016 was an attempt to position Coles as a convenience store rather than a mere fuel service station destination.

Similarly, Caltex announced its intention to be a ‘food and services convenience hub’ by launching The Foodary in January, 2017, and partnering with companies such as Sumo Salad, Boost Juices, Guzman Y Gomez.

The Foodary concept is now operating at more than 35 sites around Australia offering a wide range of fresh food, grab and go meals, sandwiches, wraps and other items. The range is being refined and expanded all the time and Caltex says it has plans to open another 50 The Foodary sites this year, including some locations that don’t sell fuel.

Caltex now has more than 10 high street sites in its network and plans to roll out a number of others. Central to this approach, will be the Nashi sandwich and coffee bar business which Caltex bought last year when it had seven stores. It has since expanded with new outlets in the Melbourne CBD, and the Nashi café concept has been introduced to four sites in Sydney. Up to 10 new Nashi sites are planned.

Caltex says responding to the growing popularity of fresh food and healthy food options hasn’t come without its challenges.

“Logistics, consistent products and product quality are significant areas of focus of the rollout, particularly the challenges of delivering a fresh and relevant grab and go range to a new geography and market in Sydney through a new kitchen,” said a Caltex spokesperson.

The company says fresh food has enormous appeal to its customers.

“Consumers’ expectations with regard to convenience continue to change, just as they have for many other sectors, whether that is from what they experience overseas or their lifestyles changing,” said the spokesperson. “With the rollout of The Foodary, Caltex has experienced good growth in trading and fresh food sales at its sites as customers can get more of what they want in the one stop.”

“Consumers were really visiting service station café and convenience stores as a last resort, rather than a first port-of-call for a decent meal and good service,” Mr Taylor said. “7th Street stores were designed for the customer, which means a store layout that’s easy to navigate with clearly labelled portals for food, coffee or service, and other features like free Wi-Fi, phone recharging, and comfortable seating areas.”

Elsewhere, BP did have plans to form an alliance with Woolworths in an effort to ‘build a really world-class convenience food business’. However, BP’s proposed $1.8 billion acquisition of Woolworths’ fuel and convenience store business, which was announced in December 2016, was subsequently knocked back by the Australian Competition and Consumer Commission. Having initially indicated it would challenge the regulator’s ruling, BP recently announced it would not do so.

While petrol and convenience is rapidly improving its food offer, the AACS says competition for breakfast and lunch spend has never been fiercer with supermarkets, quick service restaurants, cafés, bakeries, and delicatessens also aggressively pursuing ‘share of stomach’ from on-the-go consumers. It says that to have credibility as a sought after ‘destination,’ operators must invest in the quality, variety, health and freshness of the food offer.

There are a number of operators which seek to fulfil the fresh food needs of convenience stores. The Handmade Food Co. is a family-owned food manufacturer making sandwiches, wraps, paninis, toasties, croques and croissants daily. It says its Every Day Café branded range prides itself on using the best and freshest local ingredients to make great handcrafted food.

“By providing a consistent quality offer, stores will become a destination for food, and will drive other purchases across the store,” said Sally Brown, the general manager of sales & marketing at the Handmade Food Co. “The Everyday Café bread has been specially designed to be frozen and can be distributed nationally to deliver a consistent offer, with great quality flavour, ingredients and taste of being freshly made.”

The Handmade Food Co says the benefits of using a pre-packaged sandwich are that there is no need for handling at store level, there is greater consistency in the offer, and that wastage can be better managed and out-of-stock risks reduced.

“In a small footprint site we recommend four products to be displayed – three sandwiches and one wrap, plus a Croque toastie if there is a pie warmer,” said Ms Brown. “For a larger roadhouse, they can play to two shopper missions – a range of pre-packed grab and go sandwiches and wraps, as well as the dine-in hot eats including ciabattas and our very popular Croque toastie range.”

The right food offer gives consumers another reason to visit stores but, in order to tap into the consumer’s shopping mission of ‘hunger’, operators also need to get the basics right. Stock management, hygiene and presentation are clearly critical in dealing with any food product. The food area must be kept well cleaned and well stocked at all times so it presents as inviting to customers. A consumer that sees a food offer looking less than inviting on just one single occasion could potentially be put off from ever giving the outlet another chance. Alternatively, a well presented food offer may persuade customers to come back time and time again.

As mentioned earlier, the rise of fresh food in convenience has gone hand in hand with the rise of hot coffee, and bundling a wrap, sandwich or roll with a beverage can drive sales. Fresh, healthy food is also a natural partner to healthy beverages such as bottled water or iced tea. When offered together at special combo prices, basket size is lifted and profits increased. Consumers love a meal bundle that taps into their day cycle whether it be breakfast, lunch, dinner or snacking, and a food bundled with the ‘right’ beverage helps with their decision making process and provides a good value offer.

While the food offer in Australian convenience has evolved rapidly in recent years, there is every indication that there is still considerable growth opportunity to be realised. In many overseas markets, the diversity of the fresh food offer is far greater and the sales are far higher than in this country. Fresh food is certainly not an easy category to manage, but stores which show themselves willing to learn and to put in the extra effort can be well rewarded.